The Pula amphitheater seems to have no more "windows" to frame the stone arches in time. This is the sixth largest amphitheater in the world; by the elegance of its curves, certainly the most beautiful. Between mythic traditions and a three-year continuity of life, a unique place where so many civilizational differences are united. The memory of Pula is made up of traces of ancient ancients, Histria, antiquity, Romanesque-Gothic structures and Baroque, Austrian Secession architecture, Italian Novecent and contemporary creations.

Pula has more than 2300 hours of sunshine a year.

More than 150 cultural and entertainment events take place in the city during the summer months.

The most famous names of the world music scene perform at the Arena Arena in summer, on the most beautiful stage under the starsThere can be no boring performances here, since the evening arrival at the amphitheater is kind of happening. The starry sky is the roof of this magnificent "palestra"; stone contours are the finished backdrop for the most demanding designs. Here in "Tosca" in 1934 Beniamino Gigli sang today where Montserrat Caballè and José Carreras and Sting, Alanis Morissette, Jamiroquai, Joe Cocker, Zucchero or Norah Jones perform ...

City of the festival

Pula is the city of Dimension and the Outlook Festival.

Luminous giants, luminous rotor at as much as 15,000 square meters, Visualia festival - the festival of light - give Pula marvelous luminous vistas

Thousands of spectators have been attracted to the Arena of Pula in recent years by the unique spectacle of gladiator fights. It is a Spectacvla Antiqvi, a manifestation that takes place in the amphitheater from June to September, simulating gladiatorial fights, as attractive and interesting as it was in ancient Rome, though thankfully they do not end in death as they did then.

Spectacvla Antiqva introduces its viewers to a tradition that dates back to the fourth century BC. Gladiatorial fights in the Arena revitalize the spirit and mentality of the people of the time, revive the days of gladiatorial combat in which there was no mercy, and were carefully organized and extremely popular.

Today's gladiators fight with real weapons and in the right uniform, replicas of the ancient Roman ones that they make themselves. Upon completion of the program, viewers can take pictures with gladiators and view their equipment.

The colorful gastronomic offer will be a real treat for your palate.

The turbulent Istrian history has left a significant mark in the cuisine - the influence of Italy, Central European, especially Austrian and Hungarian and Slavic cuisine is also felt in Pula restaurants, where the offer of dishes is truly diverse and rich, and where you can taste seafood dishes as well as dishes so called. of continental Istria.

In Pula, as well as in most Istrian towns, you should definitely try the fish specialties, of which grilled dishes, sea bass or delicious buzzara prepared from Kvarner shrimp are only a small number of delicacies on offer. Shellfish should also be tasted in Pula, thanks to the clean submarine the special taste of dondola, mussel, capstone or canastrel. Oysters are also great, with just a little lemon added.

Pula will also be happy to offer you excellent brothels, and you should definitely try the black cuttlefish risotto. Blue fish lovers are advised to try sardines on savor. This dish is eaten cold, and it is fried anchovies topped with sauce of oil, onions, vinegar and spices.

But not everyone loves fish and fish specialties. There is really no problem in Pula in terms of choices. Namely, as an appetizer, restaurants in Pula offer a real treat - Istrian prosciutto, which is one of the most famous Istrian brands. Istrian prosciutto is special in the way of preparation and ripening, and it is dried on the storm. Ask the restaurant to have your ham cut with a knife - this gives it an extra charm.

Pula restaurants will also offer you truffles, a rare expensive mushroom growing underground in the heart of Istria. Truffle dishes say culminating in gastronomy. The Pula restaurants will offer you fufu or gnocchi with truffles, and when you get used to their specific taste and aroma you should definitely try the steak or truffle cheese. The Istrian truffle is one of the most treasured in the world, and it was in Istria that the most difficult truffle in the world was found and entered in the Guinness Book of Records. It should be noted that truffle is one of the most famous aphrodisiacs.

The Adriatic on the Central European terrace of Puljani finds their respite on the stone slab of the Forum, looking at the Temple of Augustus and the town hall, under the old logon trees on the Giardini, or around the Market Square, where the scents of fresh fish and espresso blend with the rustling of the morning papers. There is a murmur of different languages and speeches.

The virgin Brijuni Islands near Pula will give you unreal peace, away from the hustle and bustle.

Enjoy Croatia with your… 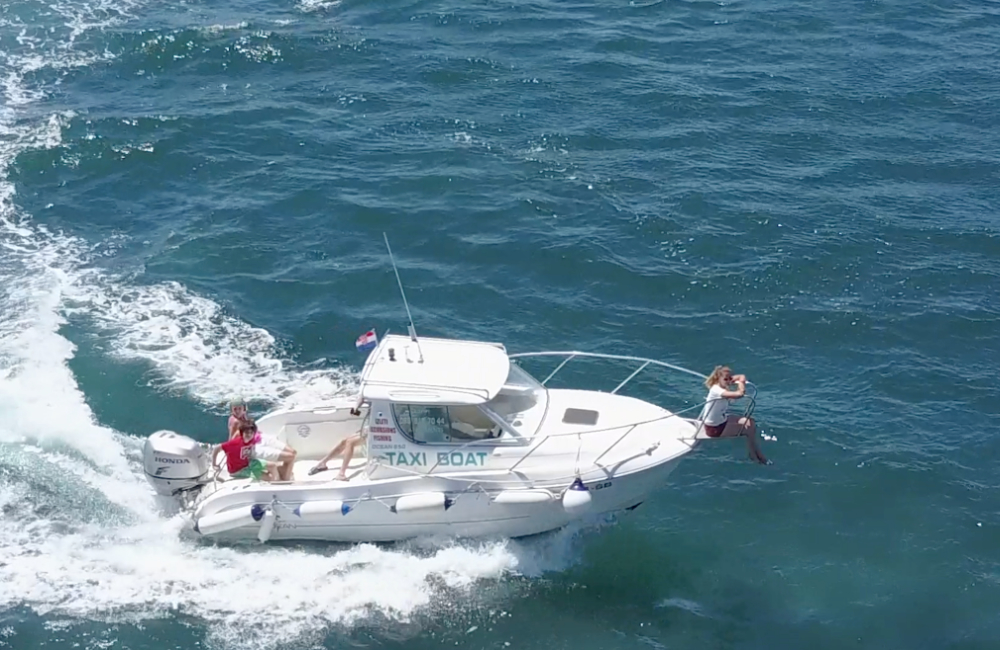