Milna is the largest, best-protected, and the most beautiful harbour on the island of Brač. It is on the island’s west coast, in a bay facing the Splitska vrata strait. Milna grew to a town in the early 16th century, later becoming the most important port on Brač, a status it held on to for two centuries. Where charming town streets meet the sea is where you will find ACI Marina Milna, with 170 wet berths and 15 dry berths (moorings). Thanks in part to its position in the west of the island, the bay is sheltered from all winds and is therefore one of the safest bays for charters during the summer season.

Milna is situated in the west of Brač, 18 km from the island capital of Supetar. It is one of the most graceful small Baroque towns on the Dalmatian coast as well as the best natural harbour on the island – even Emperor Diocletian’s fleet used to find safety there when he was building his palace in Split. Milna’s bay forks into two branches – Žalo and Pantera. It now houses a marina with several berthing areas, equipped with all mod cons and providing a safe haven and quality services to boaters from all over the world. The crystal-clear sea, healthy local food, ideal conditions for diving, sailing, fishing… are just some of the reasons why you should visit this beautiful Mediterranean town.

Did you know…?
…that one of the attractions of the island of Brač are piles of unprocessed stone stacked into dry-stone walls alongside footpaths between fields. They are said to contain the same amount of stone, although unprocessed, as the pyramids of Egypt, totalling about 7 million cubic metres.

…that the American Islands magazine included Brač on their list of 10 best islands to live on, alongside Big Pine Key in Florida, Crete in Greece, Nevis in the Caribbean, Langkawi in Malaysia… As advantages of Brač they mention the local tradition of “enjoying life,” including healthy eating, a pleasant climate and a culture which cherishes the importance of family ties and the preservation of tradition.

Amenities
reception with an exchange office, ATM
restaurant, café bar, car and scooter hire,
grocery store
nautical equipment and spare parts store
diving services
toilet and shower facilities with separate disabled provision, launderette
maintenance and repair service, 8 t crane
Wi-Fi internet access
petrol station just before the entrance to the Milna port
Approach
The town of Milna is situated at the bottom of its namesake long bay, indented deeply into the western coastline of the island of Brač. The islet of Mrdulja, 2.5 miles west of Milna, can serve as a landmark when approaching. On it there is a green lighthouse (Fl G 3s 14m 4M) and it can be rounded from all sides. The exact position of the Mrdulja lighthouse is 43°20.3’ N 16°24.9’ E. From the island the route to Milna passes Cape Bijaka where there is a red lighthouse (Fl R 3s 8m 3M). The church bell tower at the bottom of the bay points the way to ACI Marina Milna’s entrance. On the town pier at the entrance to the marina, on the port (left-hand) side, there is a red lighthouse (Fl(2) R 5s 7m 4M). 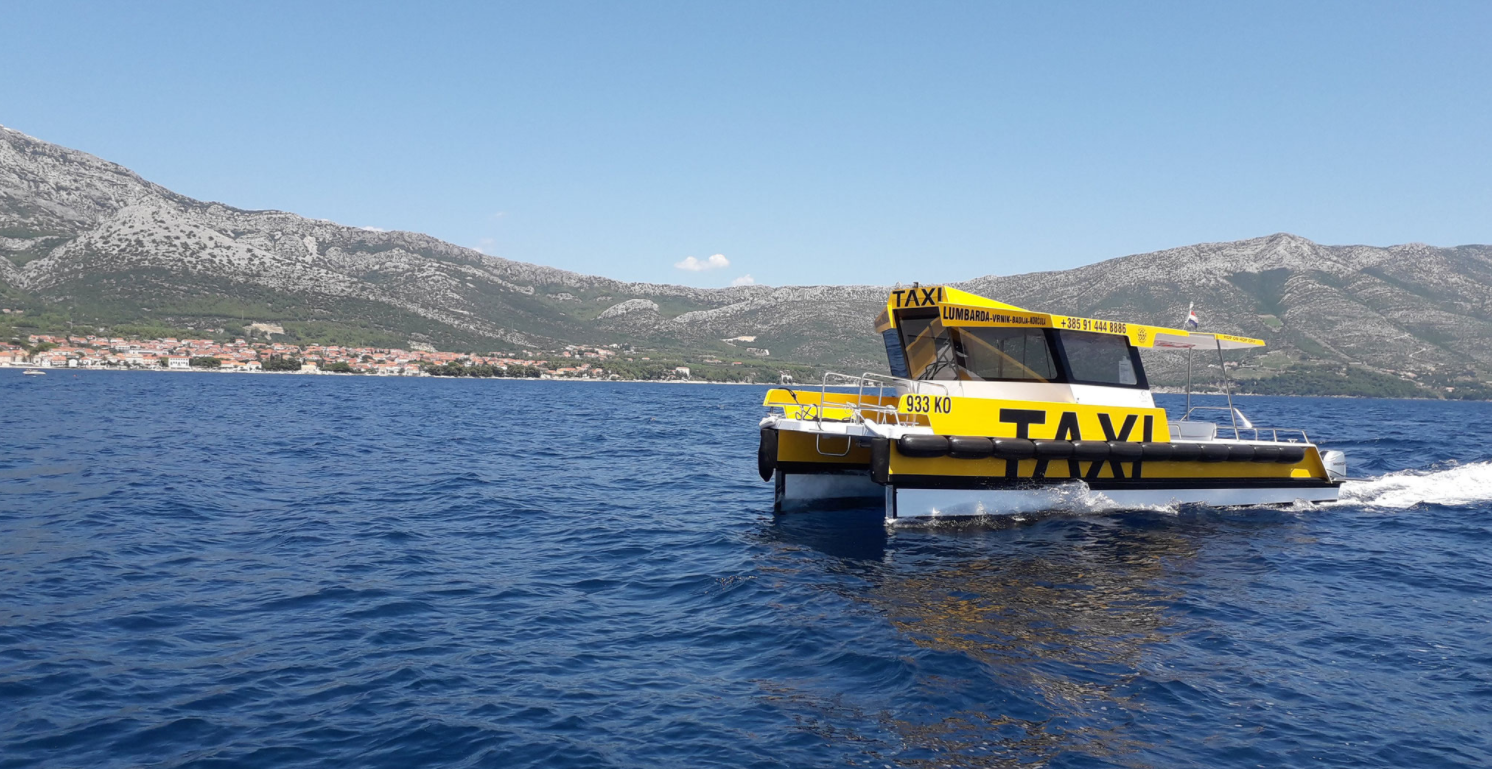