Jezera on Murter Island is known as one of best-kept towns in Croatia, a place of fishermen and seafarers boasting a crystal-clear sea, authentic customs, quiet stone-paved streets and a rich past dating back to antiquity. The town has received the Croatian Tourist Board’s Blue Flower, the country’s most prestigious urban landscaping award, for five years in a row. ACI Marina Jezera – one of the most awarded and eco-friendliest nautical centres in northern Dalmatia and a proud winner of the Blue Flag – is located in the south of Jezera Bay. It is sheltered by a breakwater on its eastern side, and is open all year round.

The island of Murter is the largest and most densely populated island in Šibenik-Knin County and after the town of Murter, Jezera is the oldest settlement on the island. In Jezera the authentic spirit of Dalmatia is still very much alive and the traditional lifestyle of its fishermen and seafarers happily coexists with an abundance of activities provided for tourists. Numerous interesting destinations in Jezera and its surroundings will introduce travellers to the rich history of the region dating as far back as antiquity and beyond. Sports and cultural events will please even the most demanding of visitors yearning for authenticity, while the food on offer will include only the best of traditional Dalmatian cooking. Despite being located on an island, the marina is well-connected to the mainland road network, via a bridge in Tisno, and there are two international airports nearby, in Zadar and Split.

Did you know…?
…that Jezera is home to many authentic customs, such as the Jezera Sailors’ Ball, held from the late 19th century until the 1950s whenever a young sailor was embarking on his first voyage, or Preperuše, the tradition of children invoking rain in times of drought.

…that another pirate story – this time involving the Moorish corsairs – is connected with the fate of the Church of St. John of Trogir in the harbour of Jezera. The marauders raided the island and set fire to all the churches except this one – supposedly because its tower had a carved flame instead of a cross.

Amenities
reception with an exchange office and with a shopping point with rich selection of accessories from the exclusive ACI collection,
restaurant, swimming pool, launderette
toilet and shower facilities, launderette
maintenance and repair shop, 10 t crane
charter agencies , sailing school
Wi-Fi internet access
fuel station
Approach
The town of Jezera is situated in its namesake bay on the southeastern coast of the island of Murter. Approach is possible from either side of the island of Školjić. Sea depth is 7m off the northern coast of the island, and about 15 m off the southern coast. On approaching, a red lighthouse (Fl R 5s 7m 4M) on the head of ACI Marina Jezera’s breakwater serves as a landmark. As the marina itself is situated deep inside the Bay of Murter, the lighthouse on the island of Maslinjak (Fl G 3s 17m 3M) can also be used for orientation. The exact position of the lighthouse is 43°46.1’ N 15°41.0’ E. Between Maslinjak and Školjić lies the island of Hrbošnjak, which can be rounded from all sides. However, we recommend rounding it from the east, as the channel between Hrbošnjak and Murter is shallow. On entering the marina watch out for the numerous fishing boats. 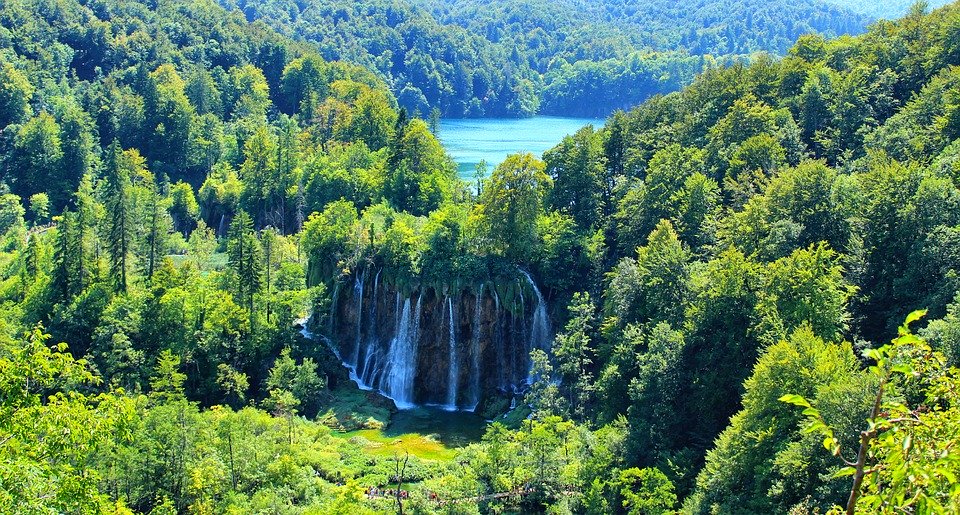