It is simply impossible to be in Rovinj and not feel good. This idyllic town is a brilliant Istrian gem that will captivate you with its charm, its colours, its pitoresqueness, its medieval architecture of narrow stone streets, and its culinary delights. Saint Euphemia watches over the town, once a small fishing village and now a leading light of Croatian tourism. ACI Marina Rovinj will, like the goldfish of legend, make the wishes of every boater and friend of the sea come true.

Construction work on the most modern and, considered by many, the most beautiful marina in the Adriatic, whose highest standards in design and technological solutions match those of world’s elite destinations, is over. We are happy to report that on Monday 25 March, the first yacht entered the ACI Marina Rovinj and moored on its annual berth, marking the beginning of the new marina’s operation. The marina is open both to boats on annual berths and to those visiting.

The new marina has a total of 196 moorings or berths for boats of average length of 17 meters. It will bring together all the technical and support services and it will be the most modern nautical one stop shop destination.

Did you know…?
…that there are as many as 22 islets in the Rovinj archipelago, of which St. Andrew (Sv. Andrija) and St. Catherine (Sv. Katarina) are the largest and the most beautiful. The list of protected natural monuments and special reserves in the Rovinj area includes the islands and the coastal area from the islet of St. John (Sv. Ivan) to Two Sisters Islet (Dvije sestrice), the sea and the undersea world of the Lim Channel and part of Lim Bay, the park-forest Punta Corrente forest park, the Palud marshes, Romuald’s Cave, and the Cave di Monfiorenzo quarry.

…that every summer since 1967 Rovinj has been the venue of a unique open-air art exhibition and the town’s most iconic cultural event – the Grisia. Named after the street that, like a backbone, connects the main town square and the Church of St. Euphemia, Grisia is an open-air artists’ studio and what makes it truly unique is the fact that works of amateurs, including children, are exhibited side by side with works of formally trained artists. 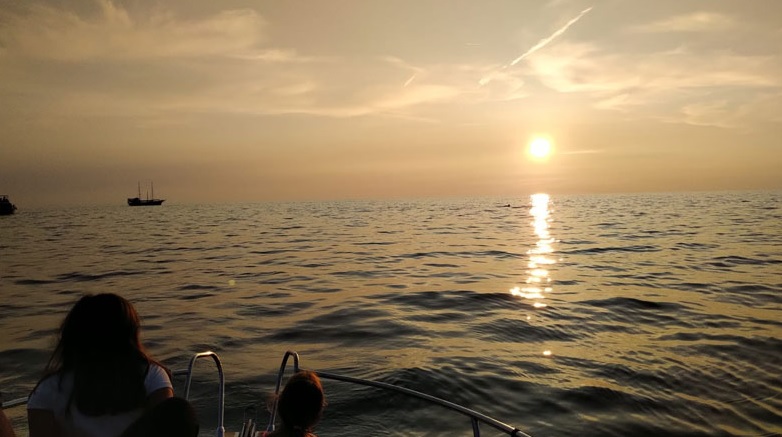